More Success with the Law of Attraction

The issue most people have with getting the law of attraction to work is a combination of two things:

Let's focus on the issue of people dwelling too much on their manifestation.  On my first Law of Attraction page, I stated, "Consistency is key.  If you want the law of attraction to be working for you, you have to let it become a part of your life."  That seems a bit contradictory to what I'm trying to say now, so let me elaborate.  The law of attraction is something you have to accept.  You have to let it become a piece of you.  You are now living your life knowing of this special tool you can use to assist you in getting anything and everything that you want.  The idea of the law of attraction is what you want to allow to be a part of your every day life.  What I'm trying to say is you have to let the idea of law of attraction become a part of you, not whatever it is you want to manifest.  Many people read that and think, "Well I really want a new car and I read that I have to make it a part of my every day life from the second I wake up so I'm gonna think car, car, car, car, car."  Then they keeping thinking about a new car for a week and start to get inpatient.  "I've been consistent every day and have been telling the law of attraction I want a car, but it hasn't come yet..  Where is my car?"  The person wakes up day after day thinking, "Hmm still don't have a new car in my driveway.. why isn't this working?  Car.  Car.  Car.  Car."

I have found myself making this mistake in the past when I first moved to California and needed money badly.  I would think about how the law of attraction is going to bring me money and looked everywhere for it.  I would go skate down the sidewalk and constantly think about how since I'm focusing on getting money, it's just going to pop up out of nowhere for me.  I'd see a scratch off on the ground and check if it was a winner, just incase that was my "sign".  My magical earnings placed down before me as a piece of trash destined to make me a millionaire. 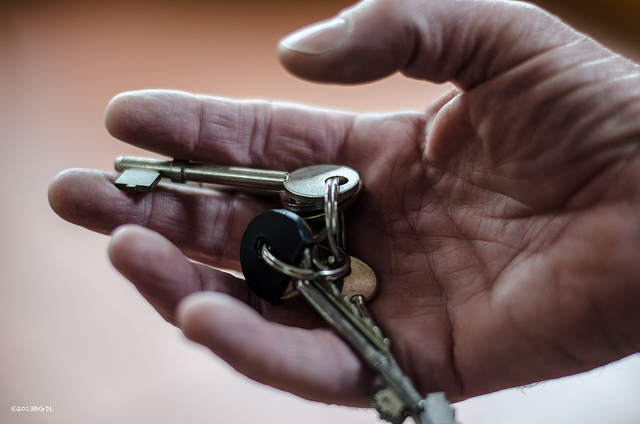 If you focus too much on trying to get whatever it is you want, you're going to do nothing but stress yourself out.  If you think about it, all you're doing is dwelling on the fact that there is something that you really want and you don't have it.  You are just telling yourself over and over that there is nothing more important to be on your mind other than the fact that you don't have something.  There are a million and one other things that you could be thinking about, but instead you're stuck on the fact that you are not happy because you don't have something.  In the example, we talked about the person who really wants a car so they keep telling the law of attraction that they want a car.  They are giving off a negative vibe because they are focused on what they don't have instead of being appreciative for what they do have.

So instead of dwelling too much on what you want to manifest, start appreciating what you already have and continue to enjoy your life.  There will always be something out there for you to want, but constantly thinking about how you don't yet have it and how you want it to manifest is not going to help you obtain it.  It'll come eventually.  Just continue to live your life and work at it until it does.  I'm sure you have a bunch of other things already, so be thankful for what you have and where you are.  Stay positive.  Keep the thought in the back of your mind that you have your goal, but focus your energy towards other things.. like how you can achieve this goal.

This brings me to the second point.  People don't take enough action toward achieving their goal.  A lot of the current media that talks about the law of attraction makes it seem like all you need to do is sit around thinking about manifesting until it spontaneously happens.  Although I would love to believe that that's how it works, it just doesn't.

On my first page, I tell the story of when I needed a paper cutter large enough to cut photograph prints.  I knew I needed it and I knew I would manifest it, but I didn't know or care how I would.  Days later, my grandparents called me asking if I would come help them with yard work and other chores they have trouble doing on their own.  I come by and head down to the basement to get started and right in front of me is an X-acto paper cutter in plain sight.  I have never seen that paper cutter in my life and now that I needed one, it randomly was laying out.

Another example is when I was thinking about getting a cruiser board.  I skate a lot and usually use my skateboard as transportation.  A cruiser board is a bit larger than a trick board and has bigger wheels so you can travel much farther distances with a much smoother ride.  Every so often, I'd check out the cruiser boards in the skate shops, but the price was never right.  A friend had moved out to California and I helped him a ton with getting his feet on the ground.  Randomly one day, his mom flies to California to visit and check up on him and brings his two cruiser boards that he forgot to take with him.  Guess who got the second board!

This last manifestation has been my biggest one so far.  I left my car in New Jersey for my brother to use since he was at the age of just getting his license.  I figured I would be fine in California with just my skateboard and kept true to knowing that things would work out eventually.  I started with not that much money, no job and no place to call my own.  I worked hard and got a job that paid enough to pay rent and buy my basic necessities.  I was in no financial state to be even thinking about transportation, but I really really wanted a motorcycle.  I used visualization techniques and put a lot of positive energy towards getting a motorcycle and simply went on with life, living with what I got.  About five months later, something amazing happened.  I received a letter in the mail from my employers saying I was now eligible to set up a 401(k) account.  I'm a fan of the stock market, so I used this opportunity to take action and went online to set up an account.  It said I already had an account associated with my social security number and to call the company.  I spoke to a person and found out my grandparents had set up mutual funds for me when I was just a baby.  It had grown over time and I had enough to buy a motorcycle!  The law of attraction is very mysterious and can work for you from anything at all.

The common aspect to all of these scenarios is I didn't just sit around doing nothing!  I had the thought of wanting something, then I let it be kept in the back of my mind only giving it attention when it randomly popped up, and I went on with my life.  I still worked and still went out talking to family and friends and making new ones.  Connecting with other people is a very important part to my success, because without the help of others,  I never would have been given the opportunity to do anything that ultimately resulted in me getting whatever it is I want.  Be there for others and others will be there for you.

Taking action is more than just making new friends, though.  If you want anything in life, you have to do some work for it.  Think about whatever it is that you want and then think about what you can do to achieve it.  This can be anything at all that in some way benefits you, and more importantly, others.  Think about what you can do that will help you get closer to your goal and wait for that inspired thought.  This is all about following your heart.  If you set some time to think to yourself what you can do to reach your manifestation, you will eventually have an inspired thought.  When you do, act on it.  This is what is meant by following your heart.  Just take action and go for it.  No better time than now and you will only be getting yourself closer and closer to manifesting. 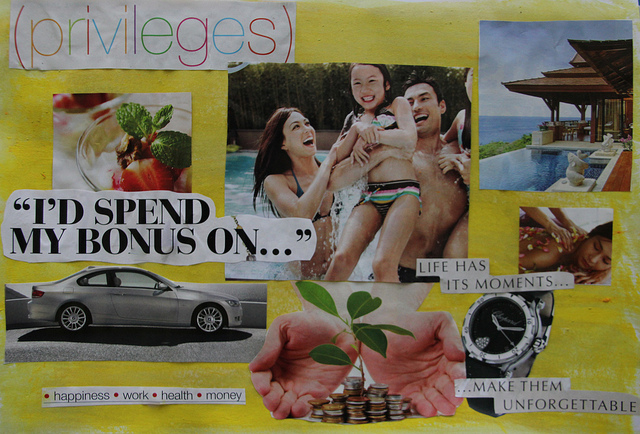 I just talked about using visualization techniques to get my motorcycle and I want to explain what that means.  Visualization is a very big help in achieving all your dreams in life.  This is why vision boards are becoming more and more popular.  A vision board is any type of board you make that displays pictures or words describing what you are trying to manifest into your life.  You can put anything you want on a vision board.  Common ones could be a place you want to travel, money (Be specific with this one! Put an actual target number that is believable for you at this time!  Maybe start with a check for $5,000, then you can jump up to $10,000),  maybe a picture of a couple at a wedding, words like Love, Happiness, Fame, or like in my case, a motorcycle.  The possibilities are endless so have fun with it.  Vision boards are a great tool to use towards reaching success with the law of attraction.  Good luck to you all!  Stay positive and live your life how you want!

Home > Even Better > More Success with the Law of Attraction 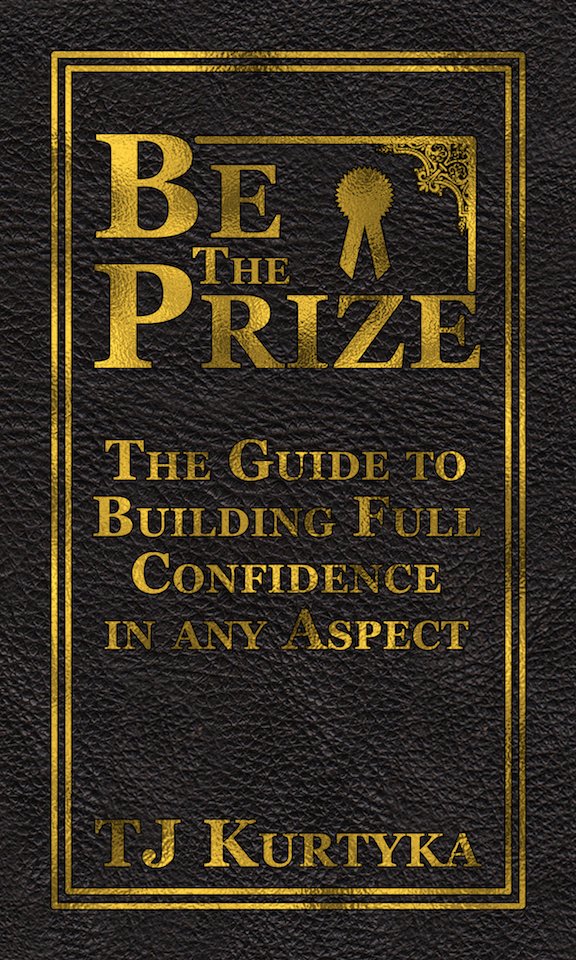